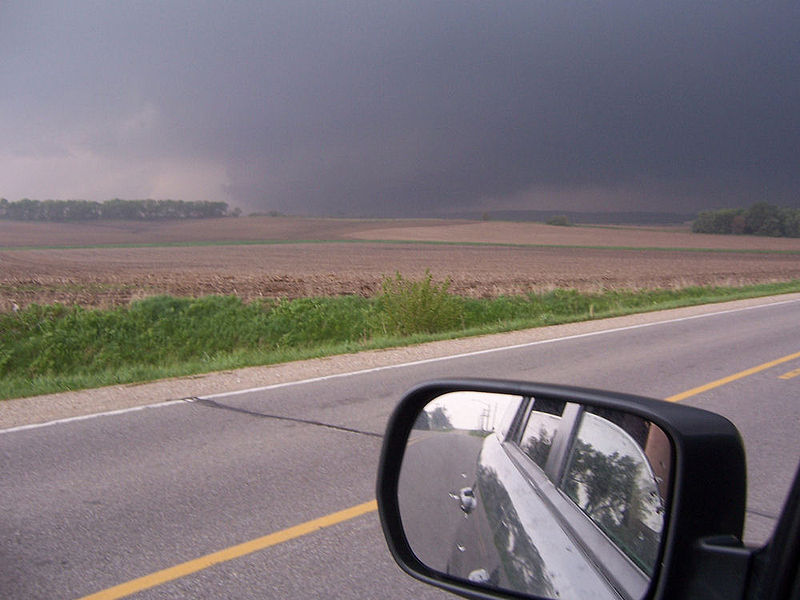 One year ago on Sunday May 25th, the EF5 tornado struck the towns of Parkersburg and New Hartford in Butler County. This was the first F5/EF5 tornado since the Jordan tornado back on June 13th 1976. This tornado began around 4:45 pm south of Aplington and began moving slowly ENE toward Parkersburg. It hit the south end of town a few minutes later destroying the high school, the football field, the business district along Highway 57 and numerous houses. The most famous video that came from this tornado was of a house taken from a video camera across the street being ripped apart by the furious winds.

The tornado continued moving east northeast and hit the north side of New Hartford, then it continued just north of Highway 57, missing the large metropolitan cities of Cedar Falls (home to the University of Northern Iowa) and Waterloo. Strong RFD (Rear Flank Downdraft) winds were recorded over 90mph at the Waterloo Airport. The tornado then headed toward the town of Dunkerton, which had been hit by a tornado back in 2000. The tornado missed the town this time, moving just north of the town before dissipating SW of Fairbank. However, the storm dropped another tornado SE of Fairbank and headed toward the town of Hazelton, missing that community by less than a mile. This tornado would be rated EF3.

A number of other smaller tornadoes also touched down from this storm as it traversed along the US Hwy 20 corridor toward Dubuque. It finally moved into NW Illinois around 10pm that night. This tornado killed 9 people, the most in 40 years, was the first F5/EF5 tornado in 32 years and was on the ground for more than 40 miles. It will be remembered as one of those, “Where were you moments?” in these areas for a long time to come.