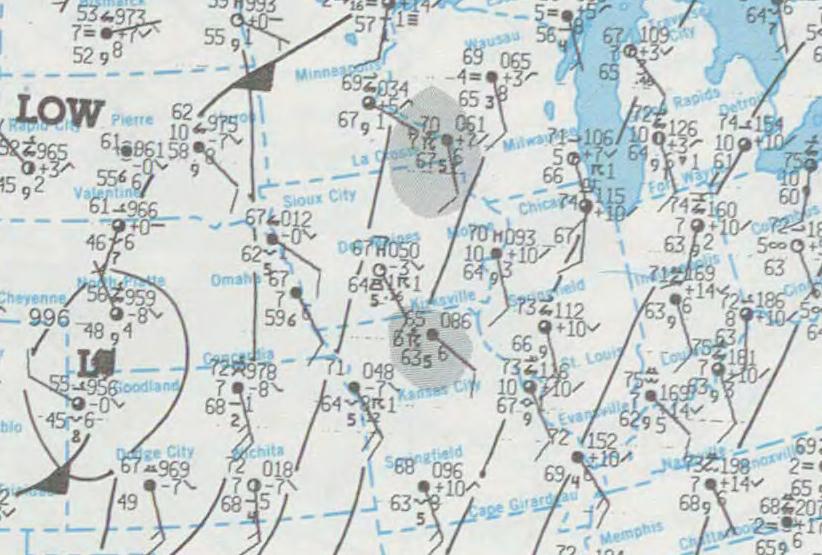 A complex of thunderstorms had moved across the northern part of the state early on the morning of June 7th 1984. By afternoon, the atmosphere had bounced back, temperatures had risen into the 70s and 80s. Dewpoints were approaching or exceeding 70. The first round of thunderstorms developed in northwest Iowa producing numerous tornadoes throughout the afternoon into the early evening.

At 6:45pm a tornado touched down in Harrison County Missouri and began tracking northeast, entering Iowa just past 7pm. It would be on the ground for 127 and over 3 hours before finally dissipating SW of Iowa City just before 10pm. That tornado which was rated F4, killed 2 people in an automobile and injured more than 60. 28 million dollars in damage was sustained in Mahaska and Keokuk counties alone from this tornado. The big one was yet to come. As the severe storms moved into southwestern Wisconsin, a small tornado formed near the town of Belmont, east of Platteville and tracked northeast. It soon dissipated, only to be replaced by a larger more intense tornado south of Ridgeway. This tornado tracked northeast and struck the town of Barneveld Wisconsin just after 1am on June 8th. People in the town were awakened to a loud thunder clap just minutes before the tornado struck.

Considering the time of day that the tornado occurred, only 9 people died in Barneveld from the F5 tornado. Most residents had the notion that a tornado wouldn’t make it up Blue Mound to the village. The tornado continued northeast into northwestern Dane County NW of Madison before finally dissipating at the Columbia Dane county line at 1:40am. The storm that produced the Barneveld tornado would go on to produce numerous tornadoes until 3am when the final tornado dissipated near Beaver Dam WI. In the entire outbreak there were 46 tornadoes over the 7th and early morning of the 8th, 13 fatalities (3 in Iowa) and over 200 injuries in Barneveld alone.