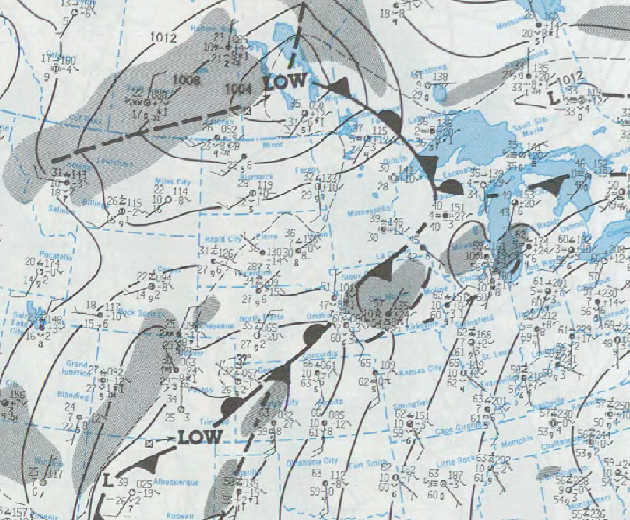 An Unseasonably warm spell brought an early season tornado outbreak to the midwest. Temperatures rose into the 60s and 70s. Low pressure moved along a stalled front over northwestern Iowa. As the low moved northeast, numerous severe thunderstorms developed. 2 F5 tornadoes dropped down in Kansas, with Hesston being the most devestated. In Iowa, the tornadoes began after 4pm, the “famous” tornado in Iowa was the tornado that went across the Quad Cities Metro Area shortly after 4:30. The tornado went across the Mississippi River into Illinois and narrowly missed a Nuclear Power Plant at Cordova. The strongest tornado of the day occurred around the same time about 50 miles to the northwest over Linn, Jones, Delaware and Dubuque Counties. This tornado (which was rated an F4) began near Prairieburg and headed northeast, slamming into the St. Peter and Paul Lutheran Church west of Monticello.

The church was destroyed as it continued northeast. It slammed into the small town of Worthington in western Dubuque county shortly after 5:00. Numerous other tornadoes formed in central Iowa as the low moved into Iowa shortly after sunset. In all 14 tornadoes were confirmed in Iowa. There were no fatalities in Iowa and 16 injuries (mainly in and around Ankeny). Damage estimates were over 25 million dollars.