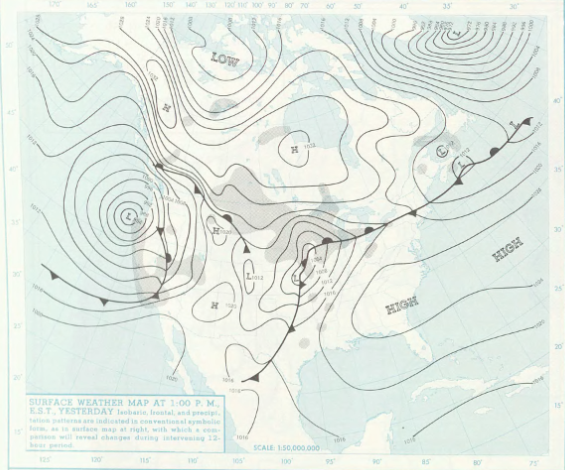 After a bitter arctic blast, I thought it was time to look at a warm day from the past in the state of Iowa. On January 24th 1967, a large storm system was developing in the central Rockies. By noon the center of the low pressure system was moving over the central portions of Iowa. A warm front stretched across the central portion of the state from near Ames to just south of Dubuque. Temperatures in SE Iowa zoomed into the 50s and 60s and a few places even set record highs for the date. Meanwhile temperatures in the NW part of Iowa were held in the teens and even a few single digits with a snow storm in progress. As the storm moved to the NE, thunderstorms began to erupt in Missouri producing the first tornadoes NE of Kansas City at Midday, the storms then moved into SE Iowa producing a dozen tornadoes there killing one person in Lee County.

The storms continued producing tornadoes all the way into southeastern Wisconsin. It would be the first time that the state of Wisconsin had seen a tornado in the month of January until the outbreak that occurred there last year. The biggest tornado of the outbreak didn’t occur in Iowa, but in the suburbs of St Louis where an F4 tornado tore a 21 mile path through the suburban neighborhoods killing 3 people and injuring over 200.Two days later the front that had moved through stalled and a new low formed to the SW and brought a significant snowstorm to some of the same places that were effected by this outbreak. Chicago went from a high of 65 degrees on the 24th to 23 inches of snow by the 27th.